GET TICKETS TO SEE THE ORIGINAL STAR WARS TRILOGY AT EL CAPITAN THEATRE! 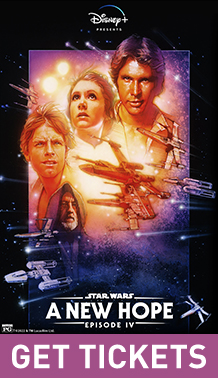 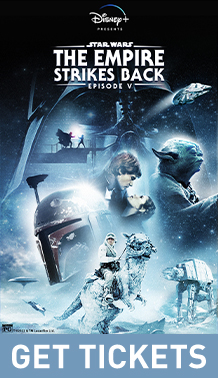 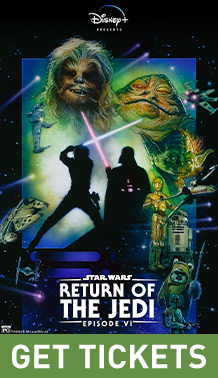 Luke Skywalker joins forces with a Jedi Knight, a cocky pilot, a Wookiee and two droids to save the galaxy from the Empire's world-destroying battle station, while also attempting to rescue Princess Leia from the mysterious Darth Vader. RATED PG.

Luke Skywalker, Han Solo, Princess Leia and Chewbacca face attack by the Imperial forces and its AT-AT walkers on the ice planet Hoth. While Han and Leia escape in the Millennium Falcon, Luke travels to Dagobah in search of Yoda. Only with the Jedi Master's help will Luke survive when the Dark Side of the Force beckons him into the ultimate duel with Darth Vader. RATED PG.

Luke Skywalker battles Jabba the Hutt and Darth Vader to save his comrades in the Rebel Alliance and triumph over the Galactic Empire. Han Solo and Princess Leia reaffirm their love, and team with Chewbacca, Lando Calrissian, the Ewoks, and droids C-3PO and R2-D2 to aid in the disruption of the Dark Side, and the defeat of the evil emperor. RATED PG.