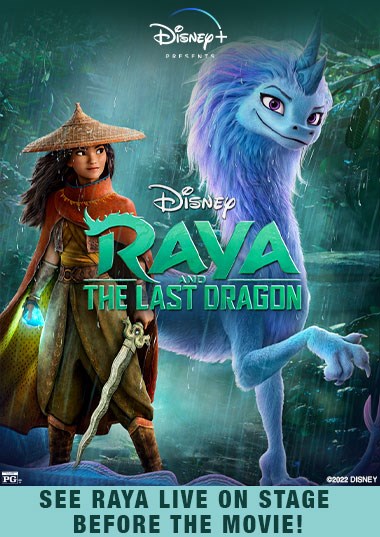 Raya and the Last Dragon

“Raya and the Last Dragon” takes us on an epic journey to the fantasy world of Kumandra, where Raya, must track down an evil force that has returned after 500 years.