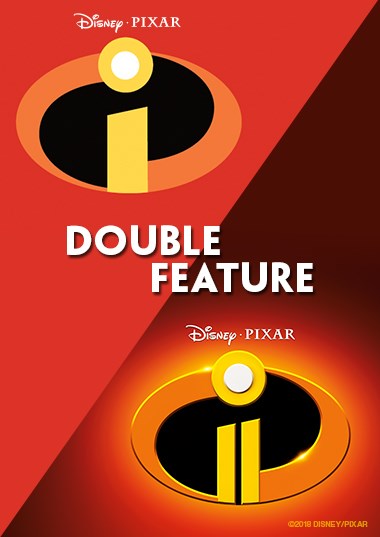 The Incredibles Known to the world as superheroes Mr. Incredible and Elastigirl, Bob Parr and his wife Helen were among the world's greatest crime fighters, saving lives and battling evil on a daily basis. Fifteen years later, they have been forced to adopt civilian identities and retreat to the suburbs to live "normal" lives with their three kids, Violet, Dash and Jack-Jack. Itching to get back into action, Bob gets his chance when a mysterious communication summons him to a remote island for a top secret assignment. Incredibles 2 In “Incredibles 2,” Helen (voice of Holly Hunter) is called on to lead a campaign to bring Supers back, while Bob (voice of Craig T. Nelson) navigates the day-to-day heroics of “normal” life at home with Violet (voice of Sarah Vowell), Dash (voice of Huck Milner) and baby Jack-Jack—whose superpowers are about to be discovered. Their mission is derailed, however, when a new villain emerges with a brilliant and dangerous plot that threatens everything. But the Parrs don’t shy away from a challenge, especially with Frozone (voice of Samuel L. Jackson) by their side. That’s what makes this family so Incredible. Written and directed by Brad Bird (“Iron Giant,” “The Incredibles,” “Ratatouille”) and produced by John Walker (“The Incredibles,” “Tomorrowland”) and Nicole Grindle (“Sanjay’s Super Team” short, “Toy Story 3” associate producer), Disney•Pixar’s “Incredibles 2” busts into theaters on June 15, 2018. "Bao" Short An empty-nesting Chinese mom gets another chance at motherhood when one of her dumplings springs to life. But she must come to terms with the bittersweet revelation that nothing stays cute and small forever. Before the movie, see a multi-media character show with in-theatre special effects featuring Mr. Incredible, Elastigirl and Frozone. Plus, a fashion icon makes her El Capitan Theatre stage debut, dahling.